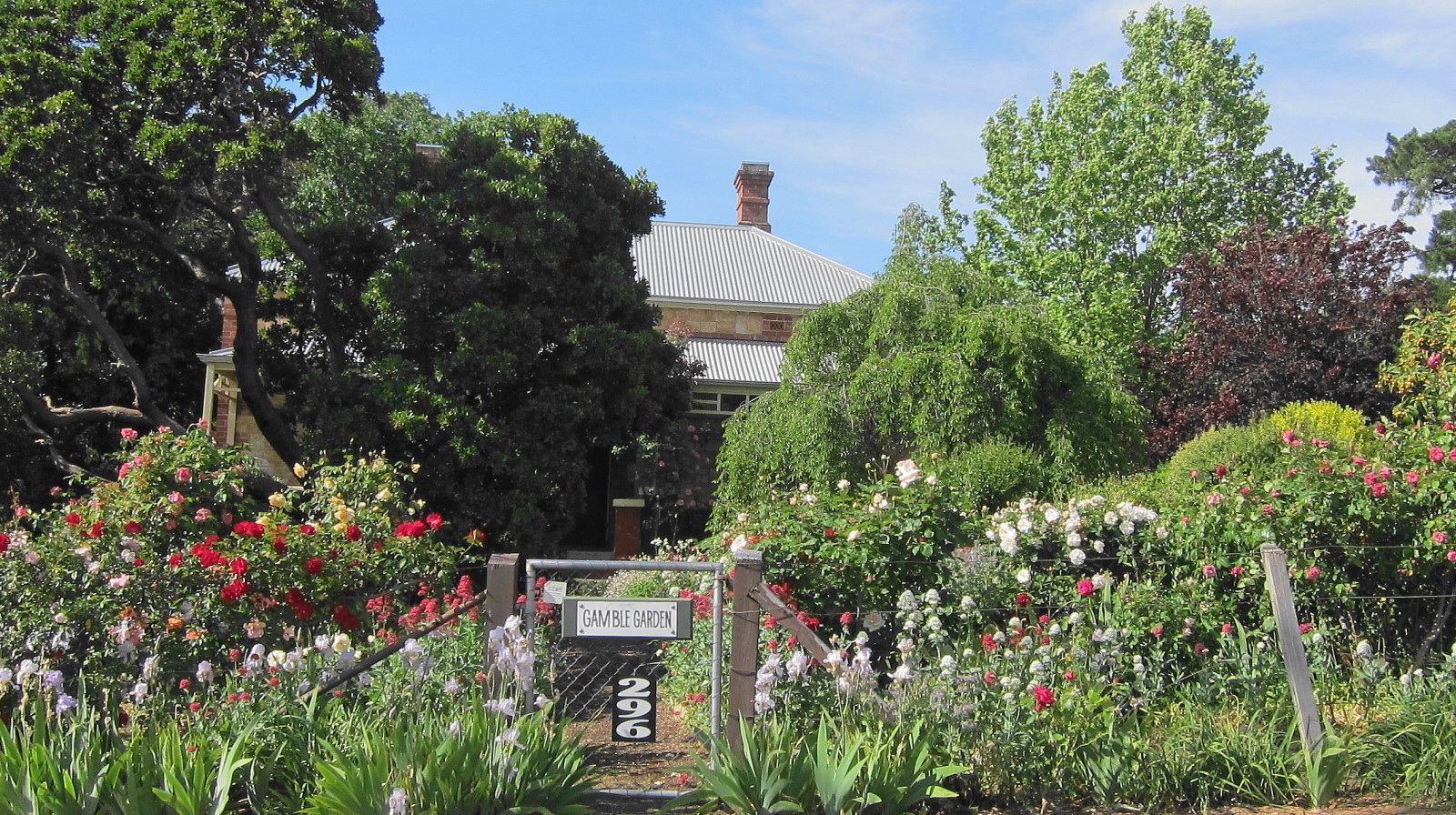 The Gamble Cottage was built by Joseph Gamble, who worked in the nearby Experimental Orchard in Coromandel Valley which was established in the latter years of the 1800’s to trial fruit trees which might be suitable for South Australian conditions.

He and his wife Harriet lived in the cottage with their four daughters, Dorothy, Isobel, Clara and Edith. Dorothy and Isobel left the family home when they married but Clara and Edith didn’t marry and shared the cottage for most of their lives. Edith always stayed at home, but Clara ‘went out to business’ working as an assistant at various catering businesses, including the Adelaide Women’s Club and Scotch College.

Clara and Edith kept house and cared for the garden, which had been much loved by their parents. Their neighbours often saw them collecting wood along nearby roads for their stove and room fires. They were also known through their regular attendance at the Blackwood Methodist Church. In the early days of the cottage, there was no running water; water was obtained from an underground tank in the garden. Likewise, electricity was a luxury that came later.

In true cottage garden style the ladies planted cuttings provided from other gardeners in the area and reciprocated in kind. With no running water they had to depend on tank water through the long South Australian summer and they sought plants which could survive in these harsh conditions: old roses, hardy shrubs, bulbs and annuals.

When the sisters became frail and unable to care for the cottage and garden, they moved to a nursing home. Edith died at the age of 82 and Clara at 104. In 1982 they donated the cottage and surrounding land to the City of Mitcham for use by the local community. By the time they left the property their failing health had reduced their capacity to care for such a large area, resulting in considerable deterioration.

The restoration of the front garden, which was undertaken in 1986 as a S.A. Jubilee 150 project, corresponds as nearly as possible to the description of the original formal garden layout given by the sisters after they had moved to a retirement village. Over the years since, work has expanded into the side and rear gardens where less formal plantings of shrubs, trees and hardy perennials have been favoured. At the far rear, an orchard of heritage fruit and nut trees has been established.